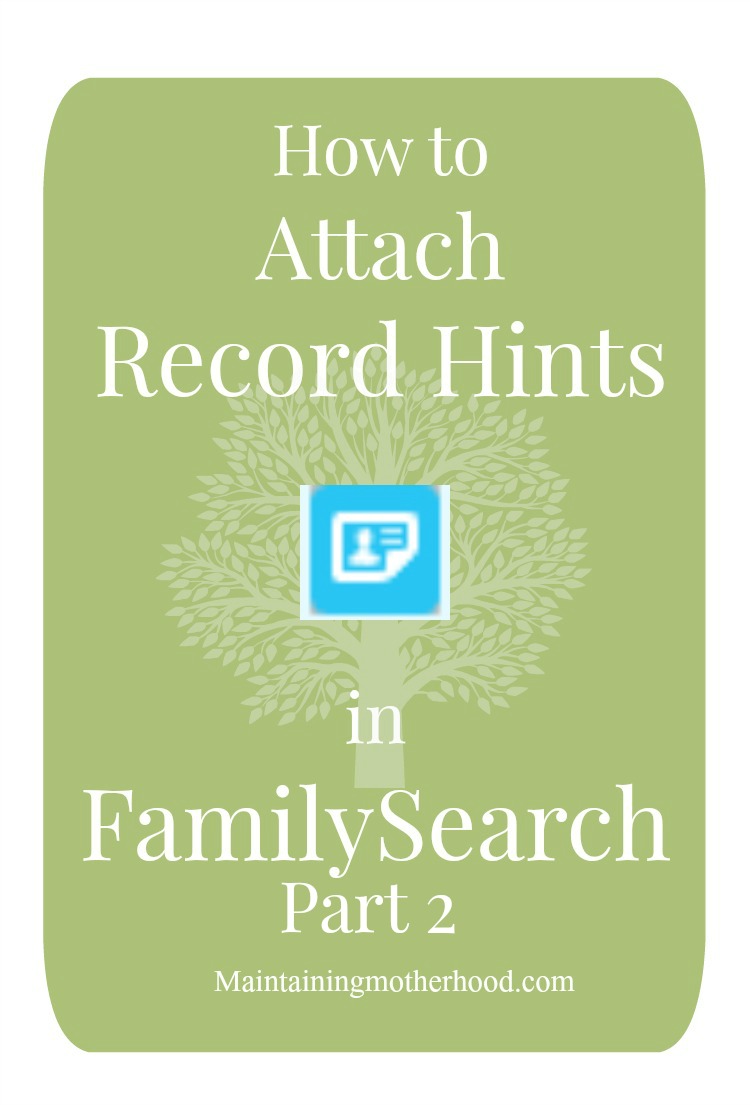 Want to learn more about attaching Record Hints in FamilySearch? Learn some quick tricks, and more in depth ways to research and find other Records!

In the Family History Class I am teaching, there are always a few things that I wish I had time to address on each topic. Here are a couple more “Advanced” features that I have learned to help you as you attach those Record Hints!

Usually you can just attach the record hint straight across to all the people listed on the document. Marriage Records pose a bit of a different problem though. For example: You have the Groom and his parents and his wife all lined up and ready to have the record attached to them. The Bride’s parents however, are hanging out at the bottom of the document. Their names are on the record, but there is no way to attach them!

Instead of finding that same Record Hint on the Bride, you simply change who is the Focus Person to attach the Record Hint to. The Bride’s parents are not going to show up on the Groom’s family tree, but they will show up on her own family tree. To change the Bride to the Focus Person, there is a blue bar that runs across the record that says “Person of Record and Spouse“. If you click on the arrow that says Change, you can put the bride as the Principal Person.

So here, you can see A.W. Prescott and Sarah Keeler are at the bottom with no way of having the record attached to them. If I change the Focus Person to be the Spouse, people from her family tree will show up! 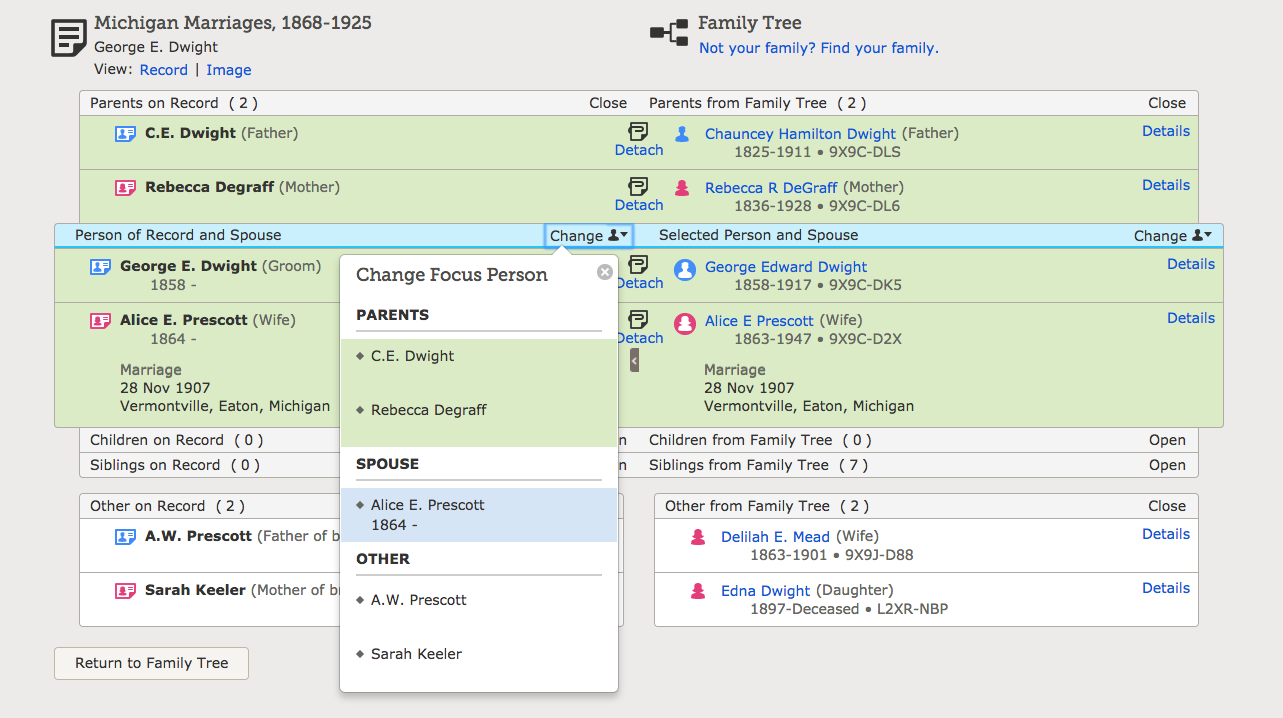 The only catch on doing this, is to make sure that the names on both sides match up again so you are attaching the document to the correct people! Now I can compare and attach the record to the Bride’s parents as well. 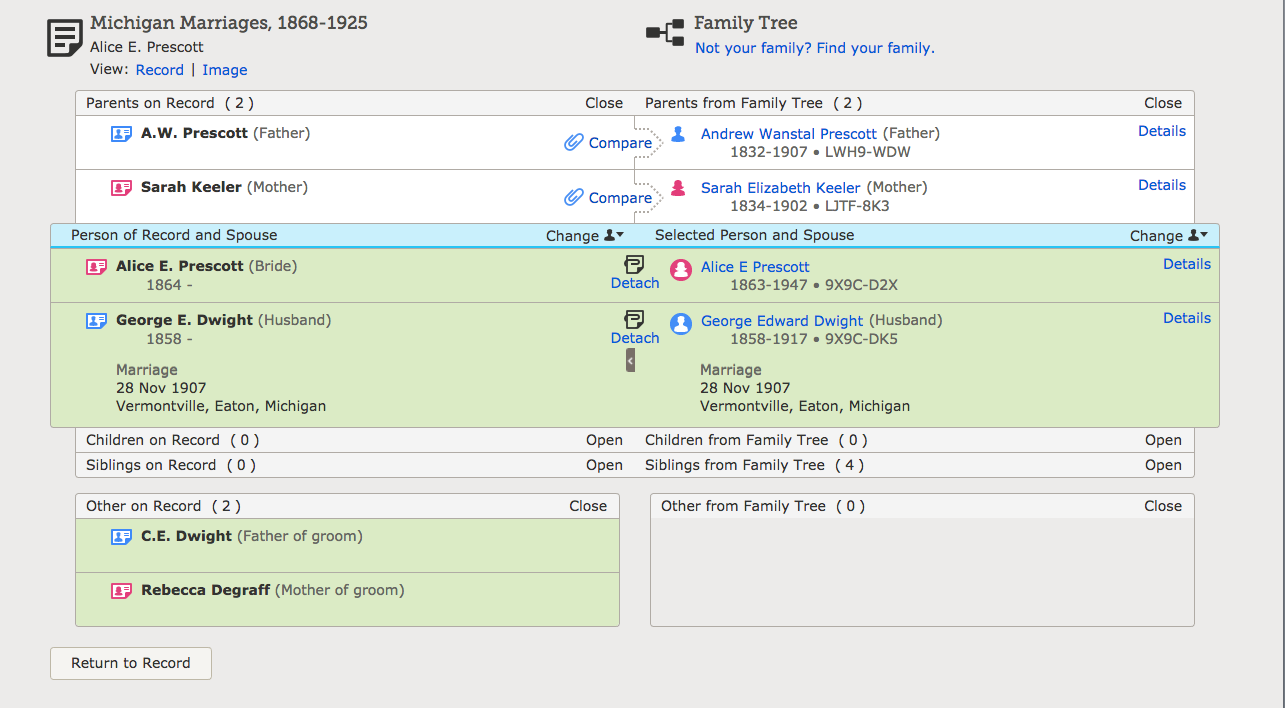 Double-Check Before You Add People

It’s always fun and exciting to find and add someone new to your family tree. However, in some instances, the person may already be added. Be sure to double-check before you start adding people. You don’t want to be ‘that person’ that is constantly creating duplicates!

Here’s an example of someone who looks like they could be added to my family tree. I am already on guard a bit since this is a Census Record which could include some errors. (Bad handwriting, guessing at people’s names, asking the neighbors, etc.) Sometimes people’s nicknames are also included on the Census. It looks like that is what happened here. ‘Arthur’ instead of being a new person, is simply ‘William Arthur’. They had the same date of birth and other information that led me to believe that it is the same person. So, how do you fix that? 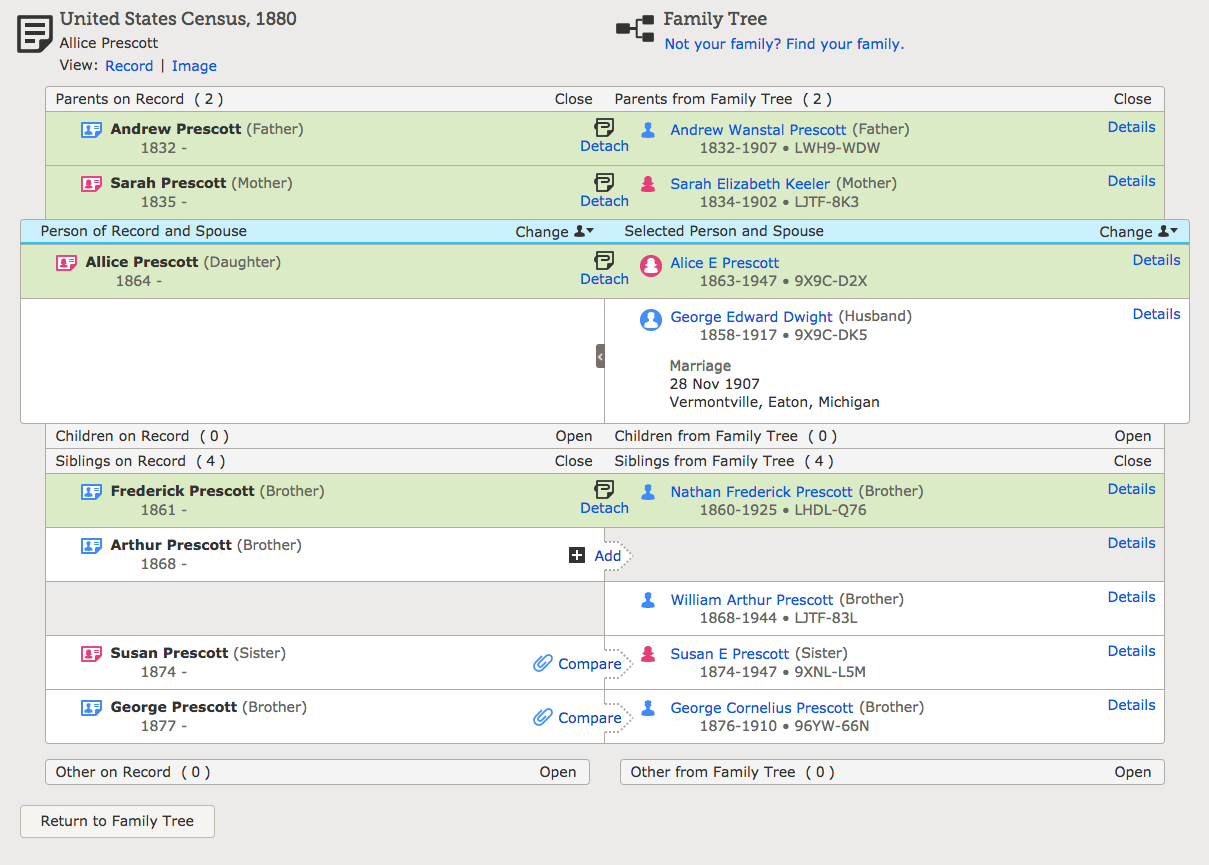 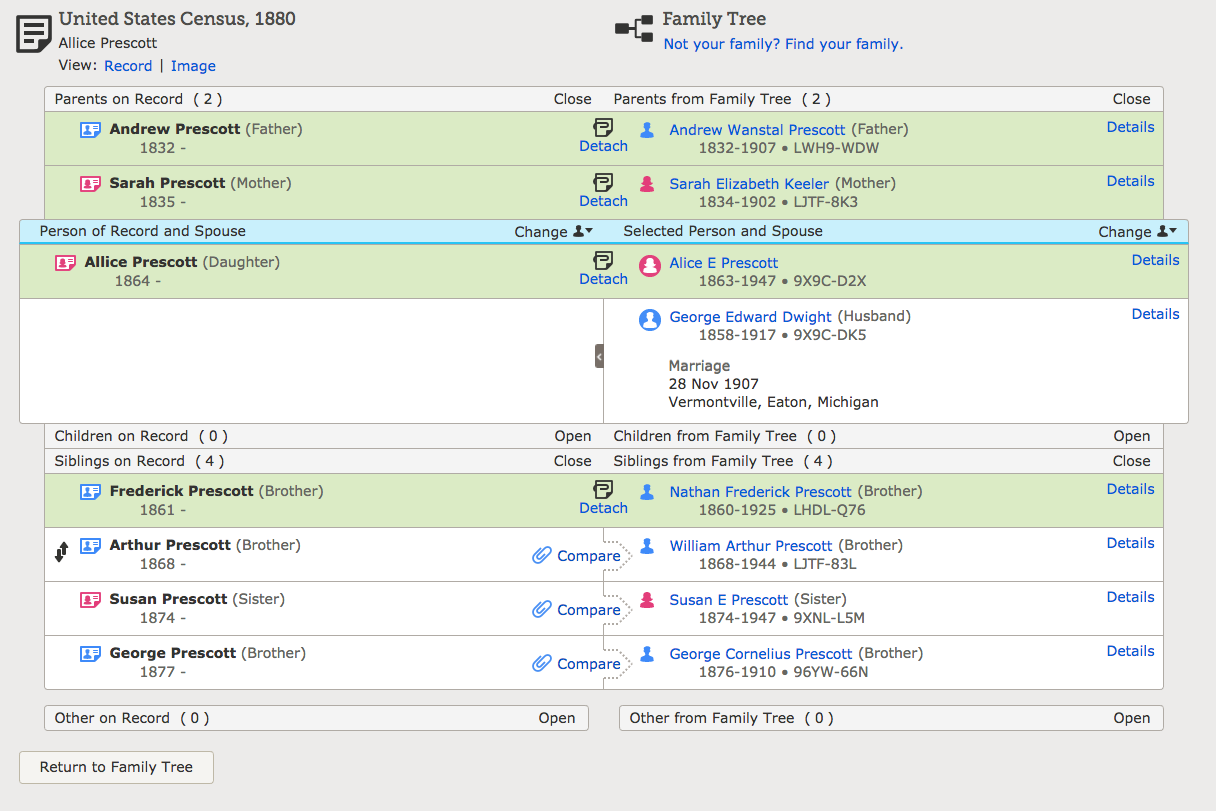 Some people really love digging and searching for Records to Attach to people. I love to attach the records hints that FamilySearch has generated for me. I like doing mostly quick and easy tasks since the chances of me being interrupted with so many little kids is fairly high.

If you are one that loves to do more in-depth research, here are some great resources for you:

Have fun searching for and attaching Record Hints!